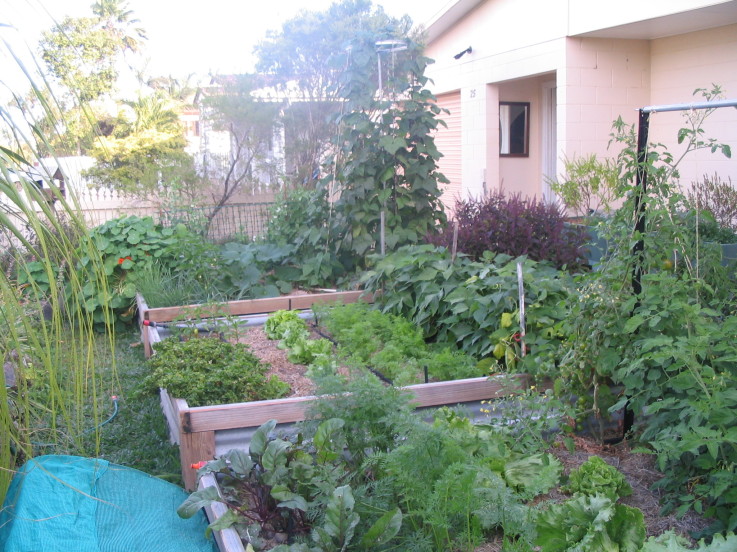 Ooooby began in December 2008 on Waiheke Island, Auckland, as an online social network of food gardeners. An evolving project, it now also facilitates the distribution of locally grown food. Ooooby has (in May 2011) 3,600 members, 10,000 monthly visitors, 50 local suppliers and 150 weekly customers. Each month an Oooobyversity evening is hosted in Grey Lynn, Auckland, to share knowledge about food-growing and ways to enhance local production.

Out of our own back yards

Ooooby was conceived almost 20 years earlier with the creation of the National Barter Directory of Goods and Services (Australia) by Karen Russell, my mother.

The Barter Directory, formed at a time of economic downturn, flourished as thousands of people began to barter as a way to stretch their spending power. This period taught me that if we help people to help themselves by providing the right tools, they will spontaneously improve their circumstances rather than complain about or wait for help from a higher authority.

That lesson has proven itself again with the successful development of the Ooooby concept. Whereas the Barter Directory was a print solution featuring any and all goods and services, Ooooby is primarily an online solution focussing initially on local food.

A currency based on local food

This time, however, the economic downturn is looking more like a chronic state of economic demise. More people than ever before are losing trust in the established economic order and looking for fair ways to exchange value with one another.

The convenience and the reliability of readily available internet technology are enabling viable challenges to the dominant monetary system. It is becoming increasingly important that a trading system be simple, elegant, understandable and underpinned by items of real and tangible value.

Participants can earn and spend Roobys at Ooooby’s market stall in Parnell, Auckland, and via its weekly Auckland-wide local-food home delivery service. For every $10.00 a customer pays Ooooby, the producer earns 9 Roobys, each of which is worth $1.00 if used to purchase other Ooooby members’ goods or services, or $0.50 if redeemed for cash. The balance covers retail costs.

A currency based on local food affords people an opportunity to generate value from scratch. If you can grow some food you can create purchasing power. This is a sustainable currency model, quite unlike the dominant system in which only sanctioned institutions have the right to create money. Roobys represent a new model of fair and decentralised value exchange. There is no Ooooby bank issuing Roobys from thin air.

The Rooby system is a prototype, a set of easily understandable agreements and online tools which facilitate exchange and provide transparent transaction records. The next step is to digitise the system in order to make it as widely available and as easily accessible as possible.

The Ooooby model is to be replicated in other regions. Each Ooooby centre will be a locally-owned cooperative entity.

Local food production serves to rectify one of our greatest social threats, the control of our food supply by an oligopoly of megacorporations. It restores a region’s food independence, enabling interdependent relationships with neighbouring regions. Ooooby (www.ooooby.org) is a new New Zealand player in a fast-growing global local-food movement.