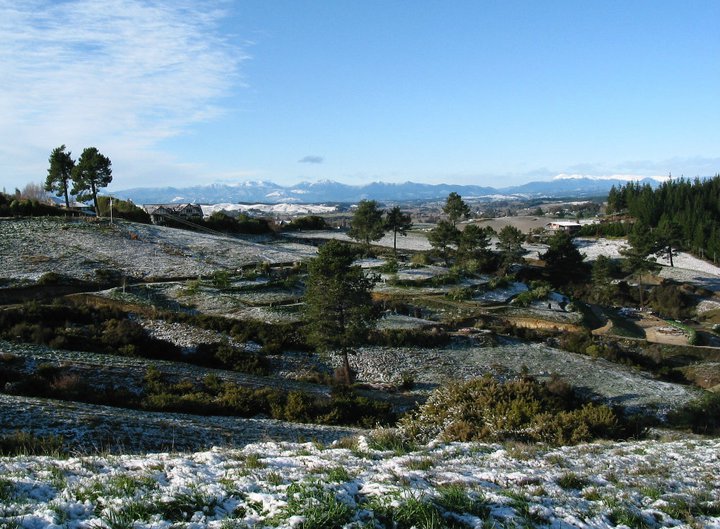 Atamai Village is an attempt to respond intelligently to the risks and opportunities outlined in other chapters of this book. Atamai villagers hope that the evolving responses in their settlement, in whole or in part, will be useful for many others, including those in urban areas.

The response needs to take into account the need to mitigate climate change and adapt to low or zero fossil fuel use, the constraints of sea-level rise over the next century, the need to step outside, as much as possible, the mainstream financial system and the importance of a local steady-state economy within the biophysical limits of the region.

The traditional village is seen as a resilient human settlement throughout human history, on a scale that permits some division of labour, specialisation and exchange. Villages in various cultures strike some balance between the privacy of family groupings and the benefits of direct cooperative effort for the common good. Atamai is designed as a traditional village, in that it aims at a high degree of internal food, energy and water security, and of economic exchange within the village and beyond.

It is a permaculture [1] design, adapting human purposes to the observed flow of sunlight, water and wind and to the soil and geology of the land, following natural systems in creating a diverse, multilayered food system, minimising inputs of external resources, energy and labour, using materials in cycles to produce no waste and continually optimising relationships between design elements.

Other influences on design of land use have been Yeomans’ Keyline Design principles [2] applied to water conservation. Organic and particularly biodynamic gardening principles are used in food production.

Influences on design of dwellings have been New Zealand’s Building Biology and Ecology Institute [3] and Christopher Alexander’s “pattern language”.[4]

A principle of technology use in the village was developed by Jurgen Heissner (see below): basic needs such as food production, water, energy, and sewerage must be served by simple technology, with enduring hardware, parts that can be repaired by non-experts or replaced by simple manufacturing techniques, and able to be fuelled by other than fossil fuels. Less resilient technology will be used while available and as it serves less basic village needs. Heissner calls the concept “layered technology”. All materials and machines used in the village are researched by life cycle analysis, energy efficiency, materials used, cost, durability, exchangeability of parts and so on.

The village is designed to foster a balance between independence and interdependence, social and private, and to run democratically. Extensive Common Land, about which decisions are made by consensus, fosters the communal aspect of the village.

Attention to beauty is highly valued in gardens, houses and shared areas.

The concept of a traditional village as a structure with potential resilience to climate change and peak oil was developed by Jurgen Heissner, based on observations of European villages. Heissner began to work with a small group of people in 2006, purchasing land outside Motueka, on the north coast of the South Island of New Zealand. The land saddles a ridge in the foothills of the Kahurangi Range. Much of it is steep degraded pasture land, with some gentle slopes and flats. The group, after observation and discussion of land use, began terracing slopes and planting fruit trees. A sustainable development company for the purpose of building the village infrastructure was set up. The next stage was the development of ‘Te Mara’ (The Garden), a food production area, with the creation of ponds and terraced gardens.

District Council consent was obtained for the first phase of subdivision in 2009, and prospective villagers began to purchase lots. Some began living in pre-existing houses on the land or adjacent rented houses. Construction of the first new home began in 2010. In that year consent for the second stage of subdivision of land was obtained. At this point the group was large enough to begin governing the use of the Common Land and to decide how the village would function as a social entity. The next stage will be the third and final subdivision of the planned village centre. This will bring the number of lots to about 50, for an expected population of about 150.

How does it work?

People join Atamai by purchasing their private dwelling site and a share in the Commons, and agreeing to four covenants attached to each title. Two of these apply to the physical infrastructure of the village and two apply to its social functions. They are:

Treatment of the land must comply with organic gardening (Biogro) standards.

Decisions in the village will be reached using a consensus process.

To each lot is attached a Commons share. This land, larger in total area than the combined private lots, will be developed as a common resource for villagers.