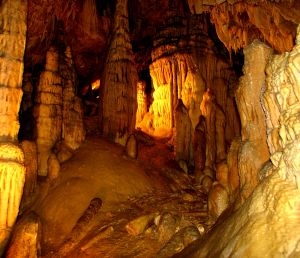 “What a goldmine!” That was my first reaction upon digging into the contents of this book. Others might have said something more along the lines of, “Oh my God! I had no idea our predicament was this terrible! What a pit we are in!” My rather gleeful response was due to the fact that I happen to be in the midst of researching and writing a book exploring the evident fact that resource depletion, debt overhang, and climate change have brought about the end of world economic growth (as currently defined). When I drilled into Fleeing Vesuvius, I encountered a rich vein of thought very much attuned with my own, one that includes stimulating ideas and examples that were new and helpful to me.

While other readers may come to this book with backgrounds different from mine, I think they will nevertheless find just as much stimulation and help as I did.

The authors have applied themselves to an analysis of the most important and fateful economic transition in human history. They are among the People who are Paying Attention (PPA) — an almost completely unorganized demographic consisting of individuals who have the privilege to devote a substantial amount of time to following world political, economic, and environmental news, but who are not blinded by any fixed religious or political ideology. PPA probably number globally no more than a few million, and (if I may speak for them) have generally come to the conclusion that the world is facing a triple crisis:

While these three crises are converging on us, our leaders remain obsessed with one thing, and one thing only: the maintenance of economic expansion. For a variety of reasons, growth has become essential to the political well-being of modern societies. Yet our fixation on economic growth prevents our addressing any of the three crises: Governments refuse to curtail greenhouse gas emissions (and thus fossil fuel consumption) because doing so would reduce growth. They refuse to reduce their vulnerability to oil supply shocks because that would require them to proactively rein in oil use, thus threatening growth. And they refuse to explore fundamental changes to financial and monetary systems that would make their economies less susceptible to bubbles and crashes because…well, you can finish the sentence.

On the other hand, however, each of these three crises is threatening the continuation of growth. And not just threatening it; I for one would argue that, combined, they have effectively killed off growth once and for all: while we have seen some relative growth since 2008 (some months have seen increased economic activity as compared to others and some nations are still expanding as others swoon), over all the global economy is stalled and headed into a tailspin. We can’t address the problems that threaten economic growth because to do so would threaten economic growth.

A metaphor comes to mind: the spider monkey trap allegedly developed by tribes in South America, consisting of a staked container with a hole cut into it just wide enough for a monkey to insert its empty hand. The container is baited with banana or nuts. Monkey reaches for bait but cannot pull its fist through the hole while clutching its prize. Monkey is not smart enough to let go of bait and is thereby captured. Substitute “economic growth” for “bait” and “economic-environmental collapse” for “capture” and you have a fair picture of our human dilemma circa 2011.

The bitter irony is that we can’t maintain continuous economic growth on a finite planet in any case. Resources are limited, and substitution and efficiency (economists’ magic genies invoked to explain away the inevitable problems of depletion and pollution) are subject to the law of diminishing returns. But that hasn’t stopped us from wishing for perpetual growth, believing in it, and trying to achieve it. Indeed, we are endeavoring to do the impossible so valiantly and single-mindedly that we are willing to wreck the only planet we have in the process. To hell with future generations! We must increase our GDP today!

To be fair, politicians are just attempting to do what the majority of their constituents demand that they do — produce more jobs and higher returns on investments. And this means growing the economy. The cognitive dissonance is unbearable: we must do something that is actually impossible to do. And so most of us simply give up and go quietly insane, or just stop paying attention.

The People Paying Attention are among the minority who eschew insanity as either a defense or a strategy.

Those among the PPA who happen to be writers or activists of one sort or another have been trying to explain all of this to policy makers for many years, mostly to no avail (one politician who does understand the dilemma is Eamon Ryan, the Irish MP who is a contributor to this book).

Sadly, efforts to address the triple crisis have been put off so long that today an easy escape from the monkey trap is no longer possible. (Warning: abrupt metaphor change immediately ahead!) The tectonic pressure is building and something has to give way. We have set ourselves up for an economic-environmental “correction” that will almost certainly be geological in scope and intensity. We could liken it to an earthquake or volcano of such force that it will likely destroy many of the basic structures of civilization on which we have come to depend.

This book is therefore something of a last warning. It outlines the triple crisis as clearly as can be done. Even more valuably, it points out things we still can do to help our society make the inevitable transition away from a fossil fuel-based, debt-based economy in such a way as to avert the worst of the impacts otherwise in store. And it suggests how to prepare ourselves for whatever seismic events are now unavoidable.

The editors are to be congratulated for assembling essays from contributors who are at the very forefront of efforts to understand and respond to the triple crisis. That’s what makes this a goldmine. But (to burden a short Foreword with yet another metaphor) it is also an essential roadmap — an overview of the routes we can take to escape an eruption that has already begun.

Dig in to this goldmine. Refuse insanity or denial. Escape our monkey trap by letting go of the impossible dream of endlessly growing consumption. Follow the map; flee the volcano. And join with others who are paying attention: let’s save as much of humanity and the natural world as we can.

Richard Heinberg is a Senior Fellow at the Post Carbon Institute